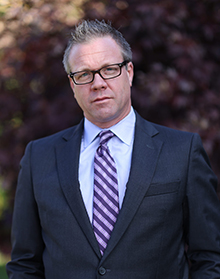 ELIZABETH, June 4, 2021 – In what may be a “first” for Westfield, Union County Superior Court Justice Karen M. Cassidy has declared the town’s zoning ordinance and its Planning Board’s actions unconstitutional.

Cassidy’s ruling came in a civil lawsuit brought by Millburn attorney James M. Foerst on behalf of property owners Stuart and Charlene Schnitzer against the Westfield Planning Board and the Town of Westfield.

The Schnitzers filed the lawsuit after the Planning Board denied their application to subdivide their 0.6-acre property at 885 New England Drive into two lots, raze the existing single-family home and build two houses in its place.

Foerst reviewed the Schnitzers’ subdivision application during a December 2018 Planning Board hearing and called as expert witnesses:

Confronted by vocal opposition from neighbors during the hearing, the Planning Board subsequently voted to deny the Schnitzers’ request to subdivide, ruling that the application did not comply with Section 8.06G of the Westfield Land Use Ordinance.

Foerst claimed the Westfield Planning Board acted in an ultra vires manner, going beyond the scope of what it is allowed to do, and, further, based its decision on an unconstitutional section of the town ordinance. The lawsuit called the board’s actions “arbitrary and capricious.”

In the civil suit, Foerst said the Schnitzers demonstrated in their application and at the hearing that their proposed subdivision fully conformed to the town’s RS-12 zone requirements, but the Planning Board ignored, overlooked and/or did not properly review and analyze that evidence.

He also alleged that the Planning Board and/or the town “knew or should have known” that the Land Use Ordinance or portions of it were “in conflict with New Jersey Municipal Land Use law, yet failed to take action to correct such inconsistencies.”
In their lawsuit, the Schnitzers asked that the ordinance, or portions of it, “be declared unconstitutional, illegal and/or contrary to law.”

The town and its Planning Board argued that Section 8.06G is “presumptively valid,” although the board’s attorney, Alan Trembulak, opined that he questioned the ordinance’s validity.

In her May 19 order in the case, Justice Cassidy cited pretrial depositions taken from the town’s planner, Donald Sammet, and the Planning Board’s chairman and longest-serving member, Robert Newell. Newell was the board’s vice chairman when the ordinance was enacted in 2001. Despite having been on the board for over 15 years and hearing approximately 1,000 applications, Cassidy wrote in her order that he could not recall more than a handful of applications in which the resolution referred to Section 8.06G and none that had been denied on the basis of its requirements.

Sammet confirmed that requirements of Section 8.06G are not part of a conforming subdivision application ― although in this case, Section 8.06G “became the focal point of the application,” the judge wrote.

Cassidy cited case law to the effect that “a zoning ordinance cannot be so vague that its meaning cannot be determined, or it will be set aside by a court.” And in her order, she did just that: She invalidated Section 8.06G of the Westfield Land Use Ordinance.

Justice Cassidy also reversed the Westfield Planning Board’s Dec. 3, 2018, denial of the Schnitzers’ application for a minor subdivision and remanded the application back to the Planning Board for consideration without regard to Section 8.06G. “…[T]he Westfield Land Use Ordinance is impermissibly and unconstitutionally vague and permits the Board to make individualized determinations rather than adhere to a specific standard,” she wrote.

Westfield Mayor Shelley Brindle, who sits on the Planning Board, issued a statement, saying, “This administration has made preserving the character of our neighborhoods a priority, and so I was disappointed with the court’s decision.” Foerst said he will resubmit the Schnitzers’ original application “in the next few weeks.”

“The Planning Board needs to review it again and should approve it if it meets the standards of the objective tests,” he said.

James M. Foerst, Esq. has joined the Million Dollar Advocates Forum, one of the most prestigious groups of trial lawyers in the Country. Only 1% of attorneys in the United States are members. Membership is limited to attorneys who have won multi-million dollar settlements.

When the New Jersey State Supreme Court designates attorneys as “Certified Trial Attorneys”, it means that such attorneys have attained a level of experience and skill at trial, and that they are proficient at pursuing litigation through trial. The Supreme Court designates lawyers as “Certified” only when they’ve met those high standards and criteria mandated by the Court.

The National Trial Lawyers has selected James M. Foerst, Esq., for inclusion in the “Top 40 under 40″ trial lawyers in New Jersey of 2012. The National Trial Lawyers Top 40 Under 40 is a professional organization comprised of America’s top young trial attorneys. Membership into this organization involves a comprehensive selection process that includes peer nominations and third-party research. Those lawyers selected have excelled in the court room, possess superior qualifications, and have displayed leadership as young trial lawyers.

Foerst teaching part-time at Seton Hall Law. Town Councilman James Foerst will be taking on the additional role of an adjunct professor at Seton Hall Law School in Newark. A partner in the law firm of Spector Foerst & Associates in Millburn, Foerst was ask by a law school administrator to teach a class called Zoning, Planning and Land Use Policy. “It’s exciting, definitely exciting,” Foerst said in an interview. “It’s definitely a new endeavor for me.”

*No aspect of this advertisement has been approved by the Supreme Court of New Jersey.